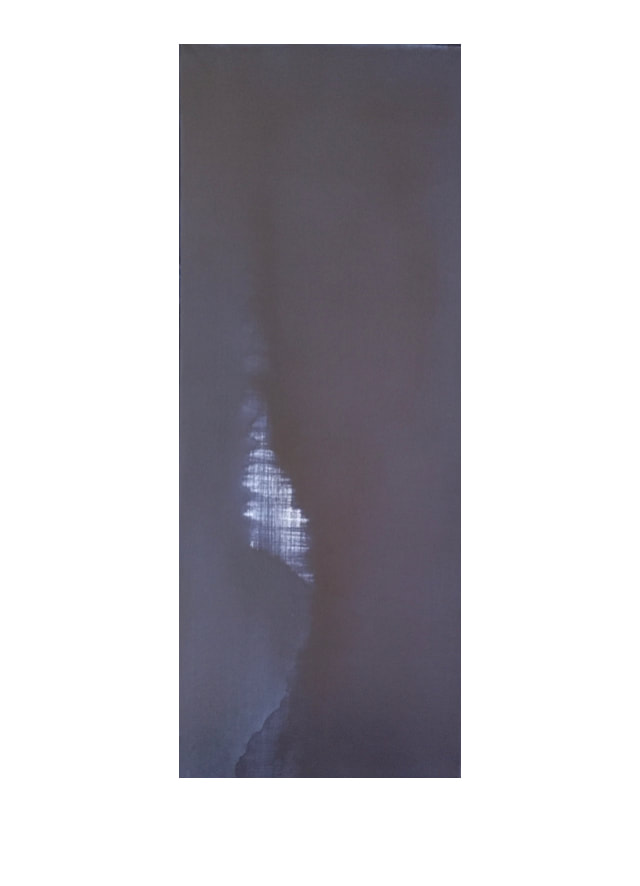 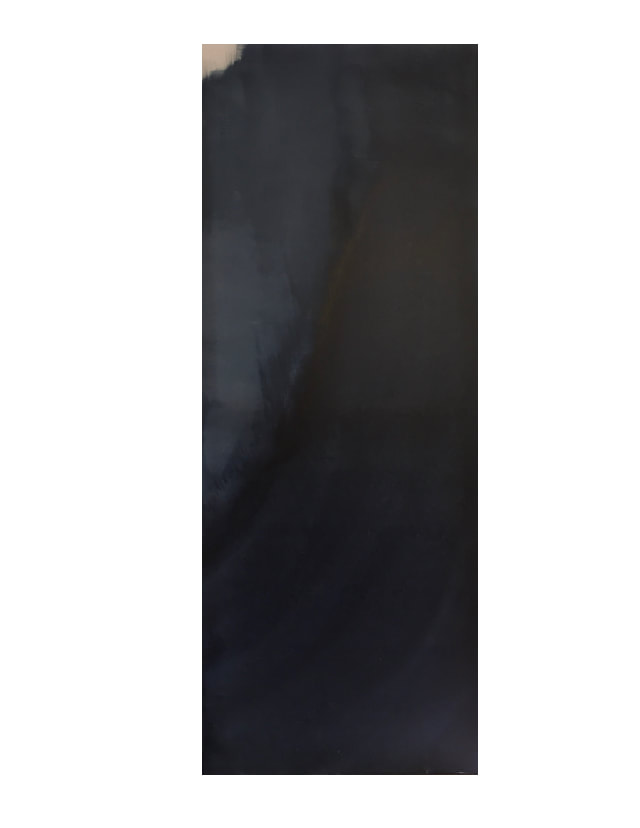 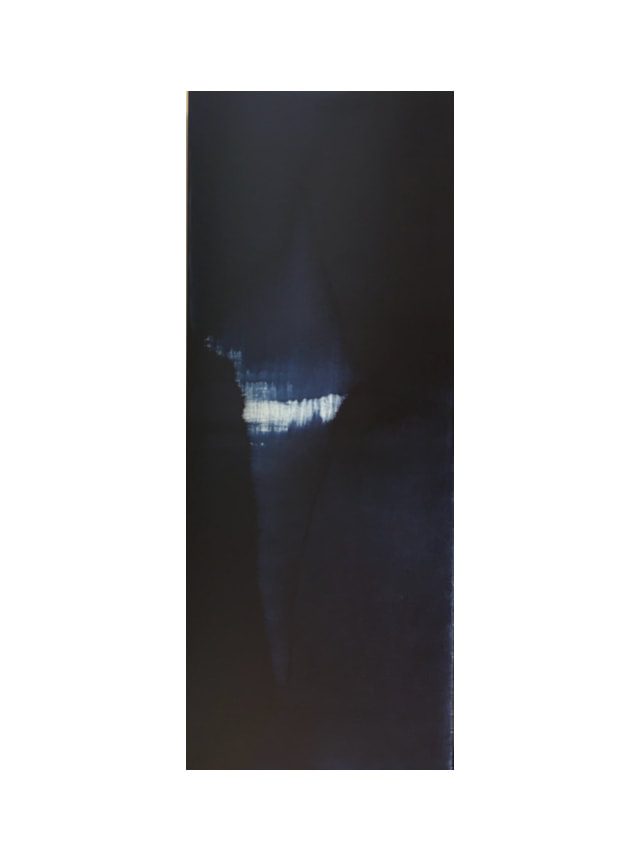 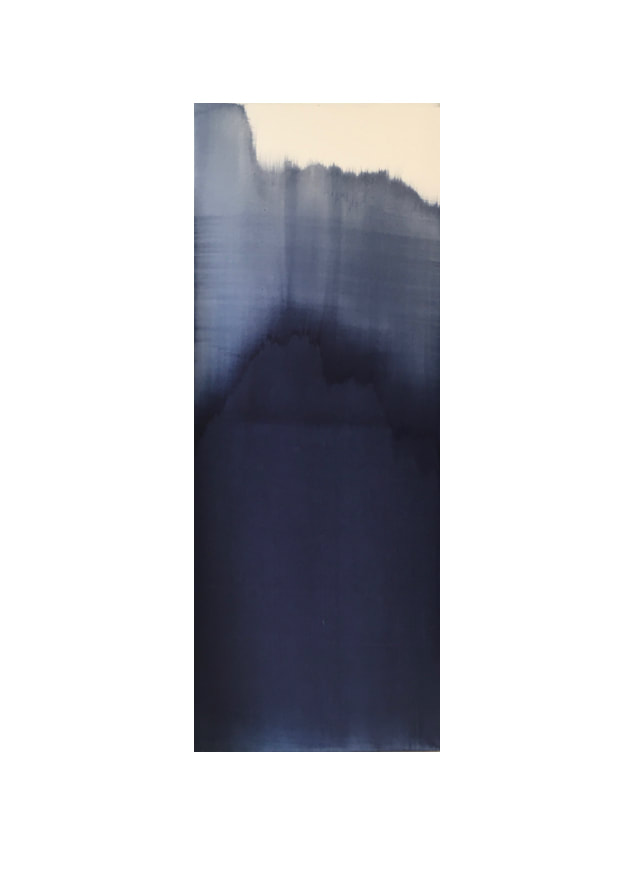 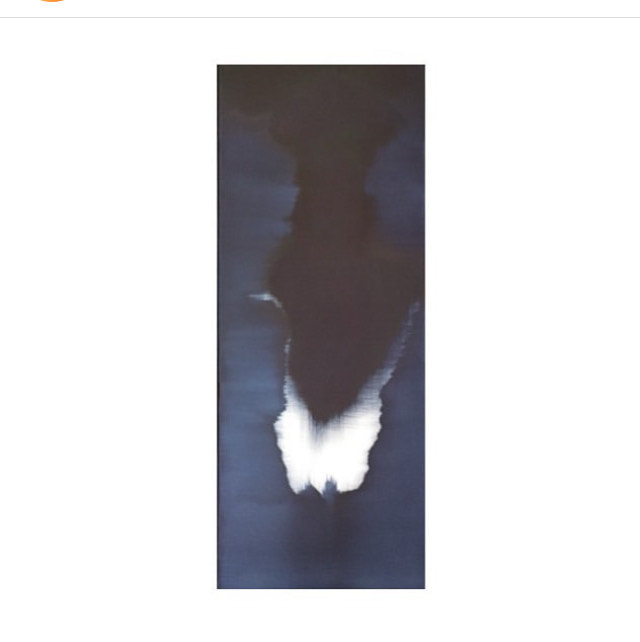 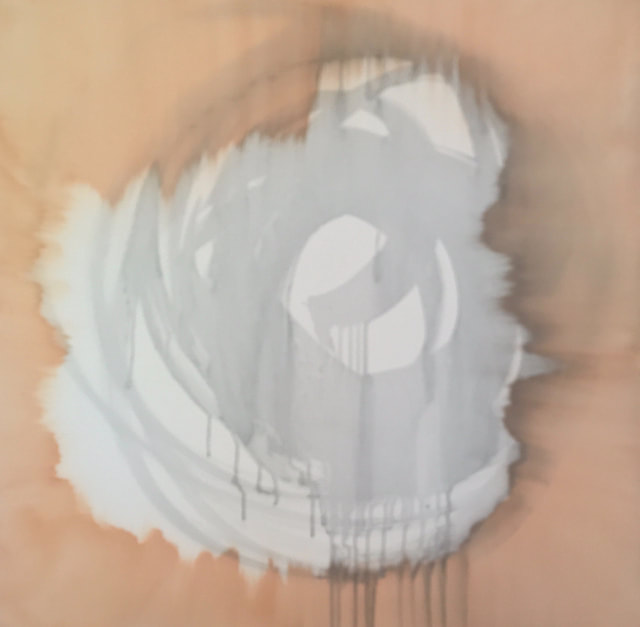 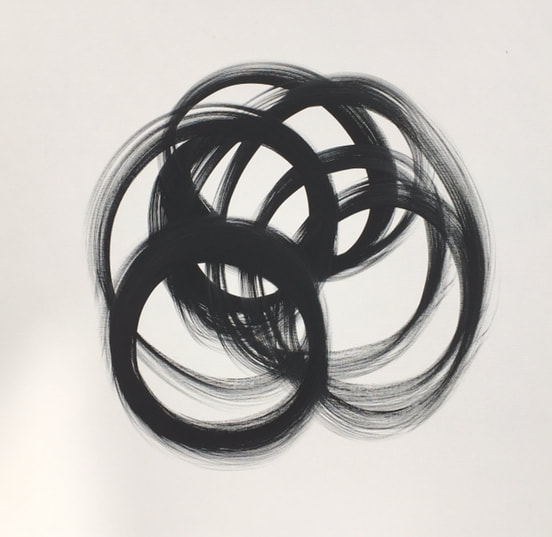 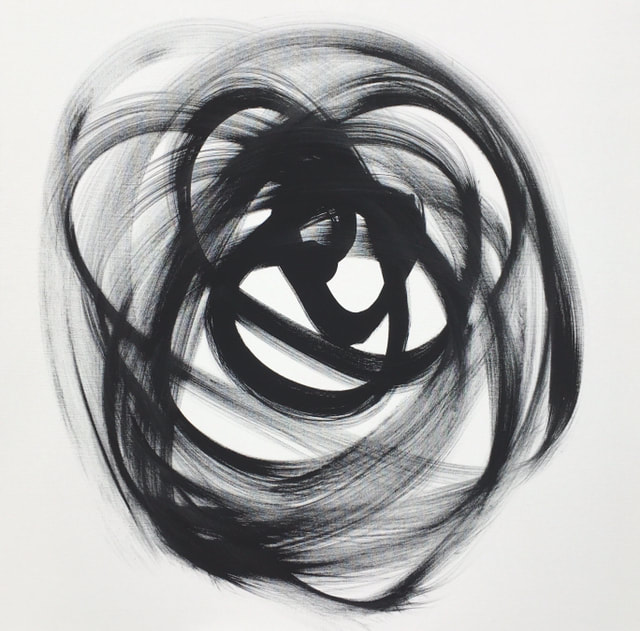 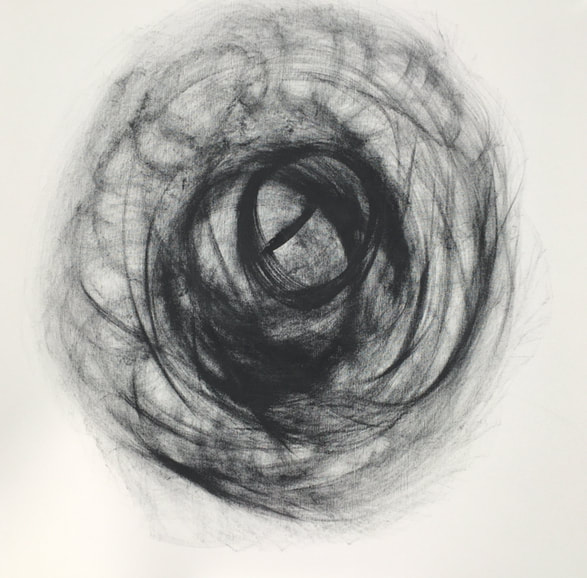 Made in Response to the Corona Virus Lock down period the Responses series includes these four oil on canvas paintings with gyre like imagery and a series of over 100 works on paper, currently being catalogued.  Relating to earlier work also featuring gyres, this series seemed to walk into the studio, work its way out and then walk out again.  a gestural approach to making work which seemed essential at the time, as I worked with imagery that was seeking balance but always on the edge of going out of control.

The trench series which is a subset of the Responses series, made using indigo which was a slave trade product, is my grief response to the necessity for the  BLM movement, reminding ourselves that the money that built this society, the concentration of capital that allowed the development of the industrial revolution have their roots in colonialism and the slave trade, and that contemporary relationships are still imbued with attitudes which were promoted at that time.    These paintings are made with synthetic indigo, an industrial revolution product. that was developed at the same time as  the abolition movements, but that still carries the legacy of slavery, just as our culture does,  There is a single person, Kathy Sullivan who has been out into space and seen the world whole, and has been deep into the Marian trench, and we need to seek that kind of global perspective, see the world whole, and go deep into our most entrenched beliefs and face them to seek a better future.